What is RED7 ENTERTAINMENT?

Here at RED7 Entertainment, we strive to provide our audience with the very best content possible in a wide variety of mediums in unique and interesting ways.

In 1992, our founder, Robby Monroe began writing and illustrating comics. This eventually evolved into a passion for art that would pervade his entire life for years to come. 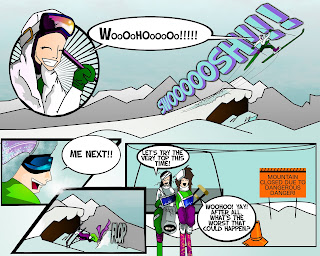 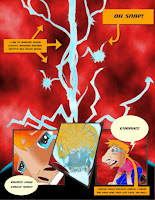 Robby's love for illustration eventually led him Emmanuel College in Franklin Springs, GA where he studied Film and Digital Media Production. During his time there, he illustrated five children's books for local authors and began work in storyboarding. It wasn't long before Robby began writing screenplays and directing short films such as Anthony's Morning and Apartment of the Doomed II, but shorts weren't where he was headed.

In 2002, Robby's life was changed forever when one his closest friends died from a self-inflicted gunshot wound to the head. This single event would go on to shift his focus for the rest of his life. In 2003, Robby joined with Thomas Nunn and Kris Shirey to form Quicksilver Epitaph, an alternative rock group dedicated to the memory of all those who have fallen to suicide. Their songs and lyrics have won numerous awards for poetry including the Montage Magazine Literary Achievement Award.

Robby's art and design achievements also include numerous literary and visual accolades such as a Congressional Letter of Artist Achievement and Commendation for visual art from the United States Government, Official Selections in several galleries and events nationwide. He is author of the critically acclaimed Romance of the Seventh Dhalmir book series, and has produced over 100 television spots for companies from Georgia, Washington, and Alaska.

In 2016, he was commissioned by US Bank for a private engagement wherein he photographed a glacial cruise in Whittier, AK. Robby served as marketing manager for VONA Church in Seattle, WA, digital media executive for Agape Boat Detail in Edmonds, WA, editorialist and cartoonist for Turnagain Times in Girdwood, AK, and visual effects artist and editor for Coastal Television (ABC,FOX, CW) in Anchorage, AK. He also served as editor and director of Hall County Sports in Gainesville, GA for a brief time during his college years.

Red7 Entertainment is home to Robby's creative endeavors, and seeks to

CHANGE THE WORLD by ENRICHING LIVES THROUGH CREATIVITY.

Our philosophy is simple: People matter. So we attempt to build and maintain relationships that will enrich the lives of everyone we encounter. Our work in film has allowed us to meet several amazing individuals, and through these encounters, we seek to make their lives better by caring for the person more than we care about the bottom line.

In 2018, we partnered with Baird Media to produce our first full length feature. Since then, we have worked tirelessly to foster an atmosphere of care and love for everyone we meet, while continuing to create content that will speak to our audience on a deeper, more fundamental level than most other media. It is our goal to

CHANGE THE WORLD by ENRICHING LIVES THROUGH CREATIVITY.

Over the past 27 years, we have created comics, games, film, music, and literature for world to see and enjoy. We've won awards, we've been recognized by universities, government officials, and private institutions, but our greatest achievement is you. If anything we do can enrich your life, then we've done our job. We believe that art is a gift from our Creator and that it is something we ought to share with the world to make the world a better place.

Thank you for stopping by. We can't wait to see what the future holds.